LETTER: this concert will be broadcast online. Visiting the concert hall is not possible. Order Livestream tickets.

No time for the Passion without Bach. In the weeks leading up to Easter you will increasingly hear Bach's St John Passion as well as the St Matthew Passion. Although Jesus' Passion is the same story, Bach strikes a different tone in the 'John'. In Bach's St John Passion we meet Jesus as a powerful personality who has a message to tell. As the saviour of humanity, he goes his way with determination. You can immediately hear this in the overwhelming opening chorus. The dynamic strings, the plaintive oboes and the gently pulsing basses give the music an irrepressible quality. As a listener, Bach immediately draws you into the drama that unfolds after the opening chorus.

This is the first work of his kind to be written in this way.

Bach as the crowning glory of the Brockes triptych

For the third time, the Apollo Ensemble will be performing a passion in the Edesche Concertzaal. This time it will be Bach's St John Passion. It was Bach's first passion, which he composed in 1724 before the St Matthew Passion, and for which he consulted the passions of his illustrious contemporaries. Years earlier Handel and Telemann, for instance, had already made a name for themselves with their so-called 'Brockes-Passions', passions based on a text by the Hamburg poet Brockes. Bach used several of their inventions in an adapted form in his St John Passion. Those who attended one of the 'Brockes-Passions' by the Apollo Ensemble will undoubtedly listen to Bach's Johannes-Passion with different ears. If this is the first time you have listened to one of Bach's passions, then allow yourself to be swept along in the story without fear. 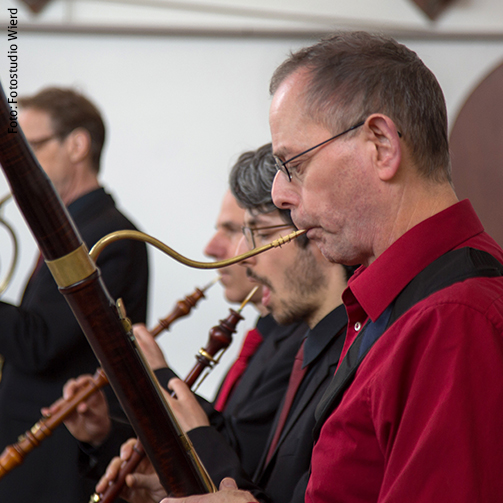 Thomas Oltheten on the three passions:
"The passions are musically very different from one another. At the same time, there are also connections between the pieces, because even though Bach himself did not compose a 'Brockes-Passion', his Johannes-Passion is definitely grafted onto it."
(Read the interview with Thomas Oltheten.)

The Apollo Ensemble is an international ensemble, whose musicians come from all corners of the world. Artistic leader is the Ukrainian-born violinist David Rabinovich, who has won his international spurs and has been a prominent member of Ton Koopman's Amsterdam Baroque Orchestra for almost decades. The Apollo Ensemble is captivated by the miracle that age-old music can sound as new every time. What could be more beautiful and rewarding than to share this fascination with the public? Come and listen to the Apollo Ensemble!

Bach wrote no operas, but his St John Passion undoubtedly has the impact of an opera, but without the stage. Drama, expression, emotion and an inescapable denouement - it's all there.